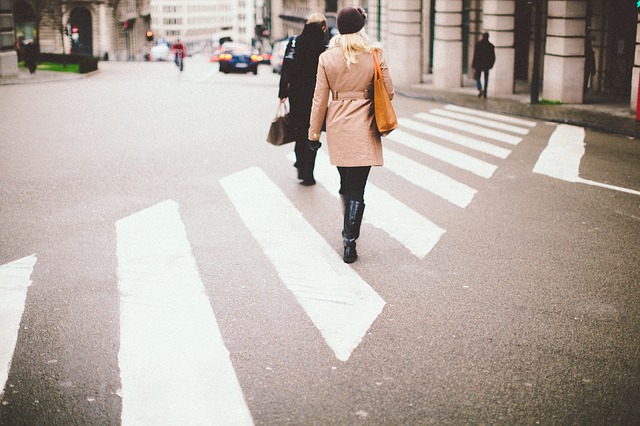 When you meet a new potential partner online or i person, safety precautions are, understandably, not the first ting on your mind. We’re not here to give you a huge lecture, but we are going to remind you that putting too much out there can put you at risk – especially when it comes to online dating apps.

In the interest of being over-prepared when you’re dating a stranger, we’ve collected the latest information about what women can do to keep themselves safe while they’re dating.

Don’t Give a Stranger Personal Details

Does your online dating profile require you say where you were raised, your mother’s maiden name or your school’s name? A stalker or predator can perhaps use this information to find you. Even thinks like where you were born can give someone enough information to Google you through a people-finder and track you down.

Don’t Give out Your Number too Early.

It’s pretty common practice to switch over from a dating site to texting once a flirtation has been going on for a little while, but think twice before you give out your number. A phone is just another link to you and depending on their skills, they cab hack into your phone, track your whereabouts, or continuously text an call you. Remember, once someone has certain information about you, there’s no way you can undo it.

It’s tempting to post photos of your new car, apartment or dogs on social media, but you may not realize just how much those things can reveal. From your license plate numbers, to street names, cities and house numbers, photographs can reveal loads of information.

Chatting about things like your profession, company you work for, schools you went to, or neighborhood you live in are typical online dating small-talk topics, but they’re not that harmless. If you give out specific details, someone could easily find you. It might seem a bit boring and vague, but it’s all in the interest of protecting yourself. Just talk about something else instead.

Google Someone if You’re Unsure

If your date had a record and you found out, would you still date him or her? We tend to show only our best side when getting to know someone. A simple Google search can reveal information you don’t know, assuming it’s the right person. You could also try an advanced search. If you find the correct details, match what they’ve been telling you to that.

Don’t Judge a Book by its Cover

There’s a lot you can learn from someone’s photos and a lot can mislead you as well. Everyone’s nice on the first fate – even psychopaths. A nice smile and polite small talk demeanor doesn’t mean that person’s a completely nice, law-abiding citizen.

Meet in Public for the First Few Dates

When you first meet and go on dates with someone, you might want to meet in public spaces. Think about parks, restaurants, shops, the art gallery or any public place. Avoid areas which are dark, secluded or confined. While it may be romantic, there might not be someone around if you need help.

Always Pick the Place Yourself

Never let your date pick the place, as it could be prearranged. You never want to give a potential criminal the advantage. The chances of this happening are slim, but it only takes one person with hidden bad intentions to harm you.

Never Lead Someone on.

Stalking situations can happen through no fault of your own, but usually develops after a relationship has begun. For some people, a simple peck on the cheek is enough to make them think you love them. It’s impossible to know what’s inside someone’s head and heart.

If your instincts are telling you something is wrong, believe them.If you think someone has lied to you, you’re probably right. If you overlook it, you may end up regretting it later. Trying to make it feel right is a risk not worth taking.

Tell People About the Date.

Always tell a close friend or family member where you’re going, who you’re with, and check in with your friends or family during the date. Also, give them an idea of when you’ll be back and make sure to alert them when the date is over. This just adds another layer of safety to any date you go on with a stranger.

Obviously we mean it that you don’t drink too much but you should also watch your glass closely. It’s wise to keep an eye out to ensure nobody adds anything unexpected to it. If you can’t finish a drink before going to the bathroom, ask the waiter to take it away. It might be a little awkward in the moment, but it’s better than downing drugs without your knowledge.

Have a “Gotta Go!” Excuse Ready.

Don’t be afraid to leave a date prematurely if the other person is making you uncomfortable. Work on your excuse before meeting up for the date, and practice what you’ll say if you decide your date is too creepy and would like to leave early. It’s best to avoid spending more face time with someone who’s giving you a bad feeling and get out of there.

Not Interested? Don’t be Afraid to Go “Off the Grid”

After you tell someone you’re not interested, never take their calls, texts or emails again. Continually responding to messages, even just to say know, might seem like a challenge to them. Just ignore them, drop out of reach – it’s not rude, just a clear signal to back off.